Stewart was born in Rogersville, Tennessee. He graduated from the United States Military Academy in 1842 (12th of 56 cadets) and was commissioned a second lieutenant in the 3rd U.S. Artillery. He resigned his commission on May 31, 1845, to become a professor of mathematics and experimental philosophy at Cumberland University in Lebanon, Tennessee, and later attained the same position at the University of Nashville. 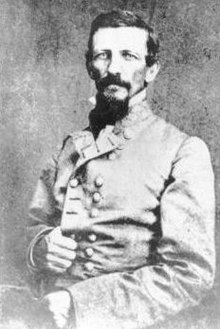 At the start of the American Civil War in 1861, although he was a strong anti-secessionist Whig politically, Stewart accepted a commission as major in the artillery of the Tennessee Militia on May 17. Shortly afterward he entered the Confederate Army on August 15 as a major of artillery. Stewart was appointed a brigadier general on November 8 and assigned to command the 2nd brigade, 2nd division, Columbus District, of the Confederate Department No. Two (the precursor to the Dept. of Tennessee.) Stewart held this position from November 16 until December, when his brigade was transferred to the Department’s First Geographical Division until February 1862. His brigade was then briefly added to John P. McCown’s division in the Department until it joined the Army of Mississippi on April 1. Stewart’s brigade was added to the Army of Mississippi’s First Corps, under the command of Maj. Gen. Leonidas Polk. The Army of Mississippi became the Army of Tennessee near the end of 1862, and Stewart and his brigade continued to serve in the First Corps of that army as well. He was promoted to divisional command and to major general on June 2, 1863, and he participated in the Tullahoma Campaign that summer. He was in action at the Battle of Chickamauga that September, and was wounded in the fight on September 19. Stewart fought in the Atlanta Campaign in 1864 and replaced Polk in command of the Army’s Third Corps when Polk was killed in action at the Battle of Marietta in June. He was appointed temporary Lieutenant General on June 23, 1864, and led the Third Corps at the Battle of Ezra Church, where he was wounded in the forehead on July 28. Stewart continued to lead the Third Corps during the Franklin-Nashville Campaign in the fall of 1864, participating in the Second Battle of Franklin that November and the Battle of Nashville in December. Stewart’s corps fared badly on the first day of the Battle of Nashville, and it broke on the second day when the troops to its left were forced from their position. What was left of the Army of Tennessee was sent east and fought in the Carolinas Campaign in 1865, once again under the command of Gen. Joseph E. Johnston, who placed the Army of Tennessee (by this time fewer than 5,000 men) under the command of Lt. Gen. Alexander P. Stewart.

The Army was surrendered on April 26 and Stewart was paroled at Greensboro, North Carolina on May 1

After the war, Stewart moved to Missouri in 1869 and became an insurance executive. He then moved to Mississippi in 1874, where he served as the Chancellor of the University of Mississippi until 1886. From 1890 to 1908, he was the commissioner of the Chickamauga and Chattanooga National Military Park. He was injured when he was hit by a train on March 30, 1893, and he returned to Missouri in 1906. By 1905, Stewart was described as “of advanced years, but clear of intellect” and “deeply interested…for several years” in the teachings of the Watch Tower; that magazine reported Stewart’s baptism following a talk by Charles Taze Russell. Russell delivered the funeral sermon in St. Louis following Stewart’s death in Biloxi, Mississippi in 1908. Stewart is buried in Bellefontaine Cemetery, St. Louis, Missouri. 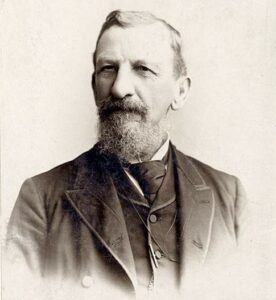